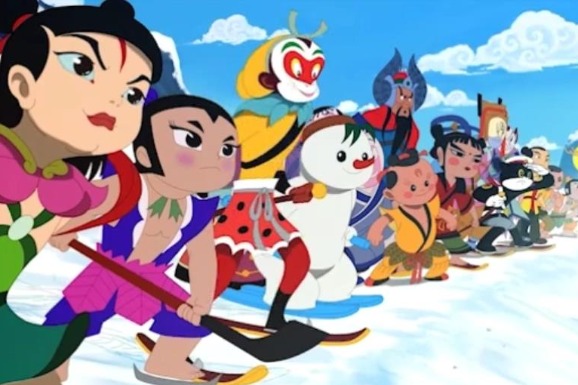 The adorable Snow Child flies down a hill in his skis, winning the praise of the mighty Monkey King. The invincible Nezha spins on an icy river on his skates, while the Gourd Brothers race to goal in an ice hockey match. Animated characters that have entertained a generation of Chinese people are now rooting for the coming Winter Olympic Games in Beijing.

The classic characters from Shanghai Animation Film Studio are bringing many viewers, now well into adulthood, down memory lane

The video comes from the official Sina Weibo account of the Beijing Organizing Committee for 2022 Olympic and Paralympic Winter Games.