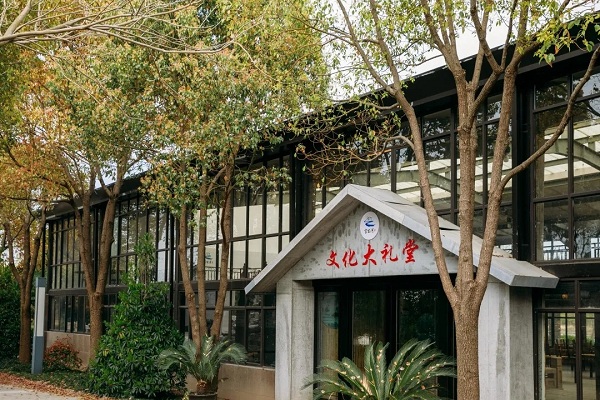 The culture auditorium in Guangonghe village, Changle town, Haimen district, Nantong was included in a provincial plan for building the "most beautiful public cultural areas of Jiangsu province" for 2021, which was recently released by the provincial department of culture and tourism.

There were a total of 14 areas in Nantong that made the list.

Located along the Guangong River, which was formed by sea flooding in the 18th century, the culture auditorium boasts pleasant natural scenery.

The two-story building covers an area of 800 square meters and was completed in December 2019. It is equipped with modern facilities, such as an electronic screen, an audio system, and air conditioners, as well as rural-style decorations, such as eight immortals tables (traditional square tables built for eight people) and wooden benches. 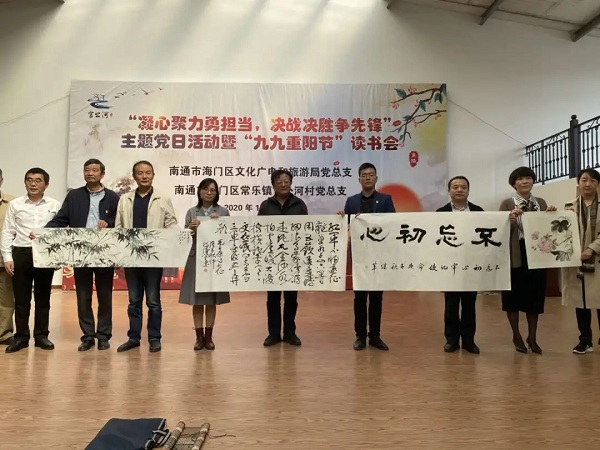 The auditorium has hosted a variety of cultural performances and holiday celebrations. It has proven to be popular among local villagers.

To enrich people's lives and inject new momentum to its rural revitalization campaign, the cultural department of Haimen has built 96 such auditoriums across the district. It has also offered 50,000 yuan ($7760) in subsidies for each auditorium that meets the standards of operation.